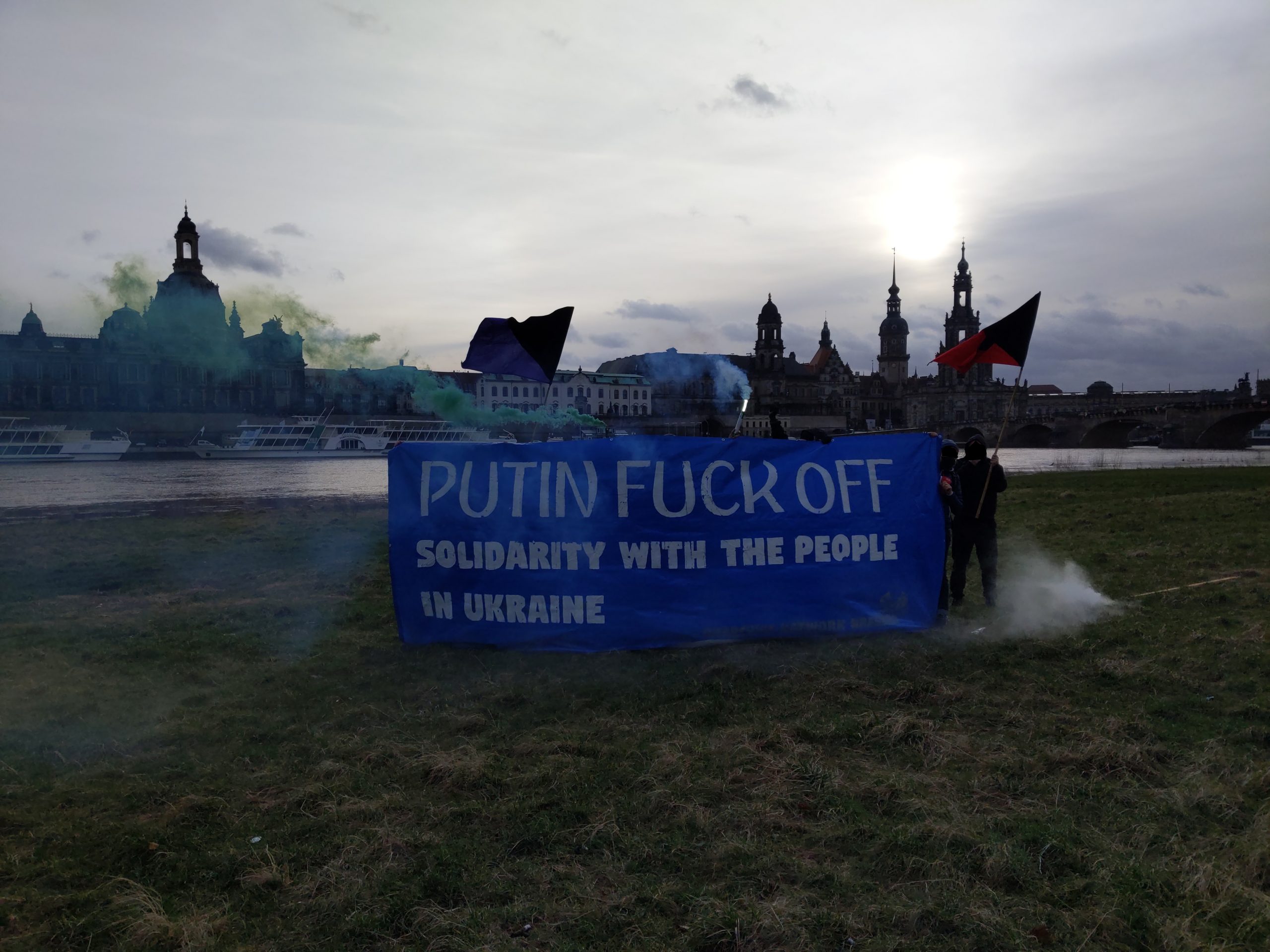 On Thursday, 24.02.22, at around 5am, Putin launched an imperialist war of aggression by invading Ukraine. Explosions were reported from the largest cities in the country. This makes it clear that it is not just about the Lukansk and Donetsk regions in eastern Ukraine.The war in Ukraine means flight, injury and death of many people. Cities, villages, livelihoods are being destroyed. Putin’s patriarchal, imperial fantasies are not worth the loss of even a single life!

According to the latest reports, Russian troops have entered the northern part of the capital region of Kiev.

Many Ukrainians who have actively resisted Russia’s increasing influence in recent years and who would face persecution in the event of an annexation are already on the run, others are staying in the area. They need solidarity structures, protection and financial support. Time is pressing and it is important to act quickly!

We call on you to counter the Kremlin’s aggression with all the means you deem appropriate. Against the annexation of territories under any pretext, against the deployment of the Russian army in Ukraine, against militarization and finally against war. Let’s go to the streets!

To show our solidarity with the people of Ukraine and our anarchist companions, we are meeting today for a spontaneous demonstration.

Come to the Jorge-Gomdai-Platz in Dresden at 6pm!We will also collect donations for the support of solidarity structures at the demonstration.