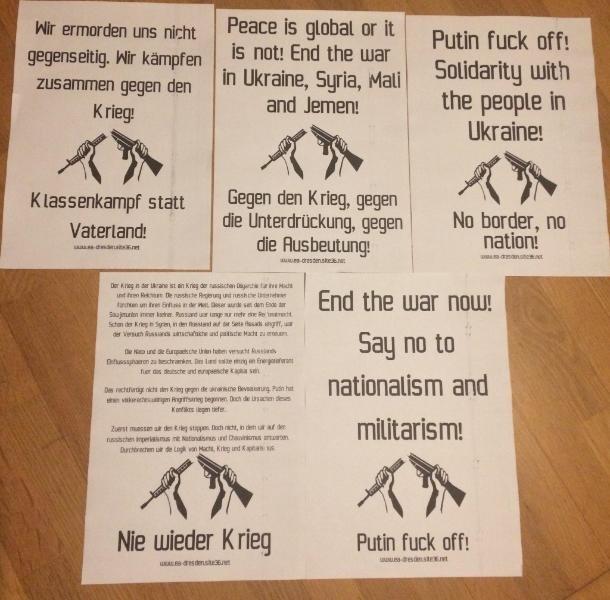 All leftists, anarchists and peace movements have written their fingers to the bone about the war against the people in Ukraine. The struggle for the „right“ positioning runs through the leftist press, all online platforms and is also reflected in the streets. Symbolically and perhaps also practically, aid campaigns and fundraising for Operation Solidarity¹ and actions against NATO troop deployments are facing each other.

In order not to write or talk about others, we invite you to a film screening followed by a discussion at AZ Conni.

We will show the report of the British trade unionist Bob Myers, who co-founded the solidarity campaign „International Workers Aid“ in the 1990s. Myers describes the situation during the war in Yugoslavia and the attempt to organize a practical expression of solidarity with the workers in Tuzla, Bosnia, by means of aid convoys.

Based on the film we want to discuss the war in Ukraine. How do we analyze the conflict between Russia and Ukraine and what role does NATO play in it? What practical expression can solidarity find? What things are falling under the table right now that we should really be paying urgent attention to?

But war is not only being waged in Ukraine; NATO’s Turkey is also currently attacking the Kurdish self-government in north-eastern Syria. From the discussion about the war in Ukraine, the thread can easily be spun on to the question of left positions on other conflict areas in the world. Where is it the left peace movement?

The film runs 50 minutes. It is in English with German subtitles. You can also watch it in advance² – but come by anyway, ne?

Afterwards we will discuss in small and large groups.