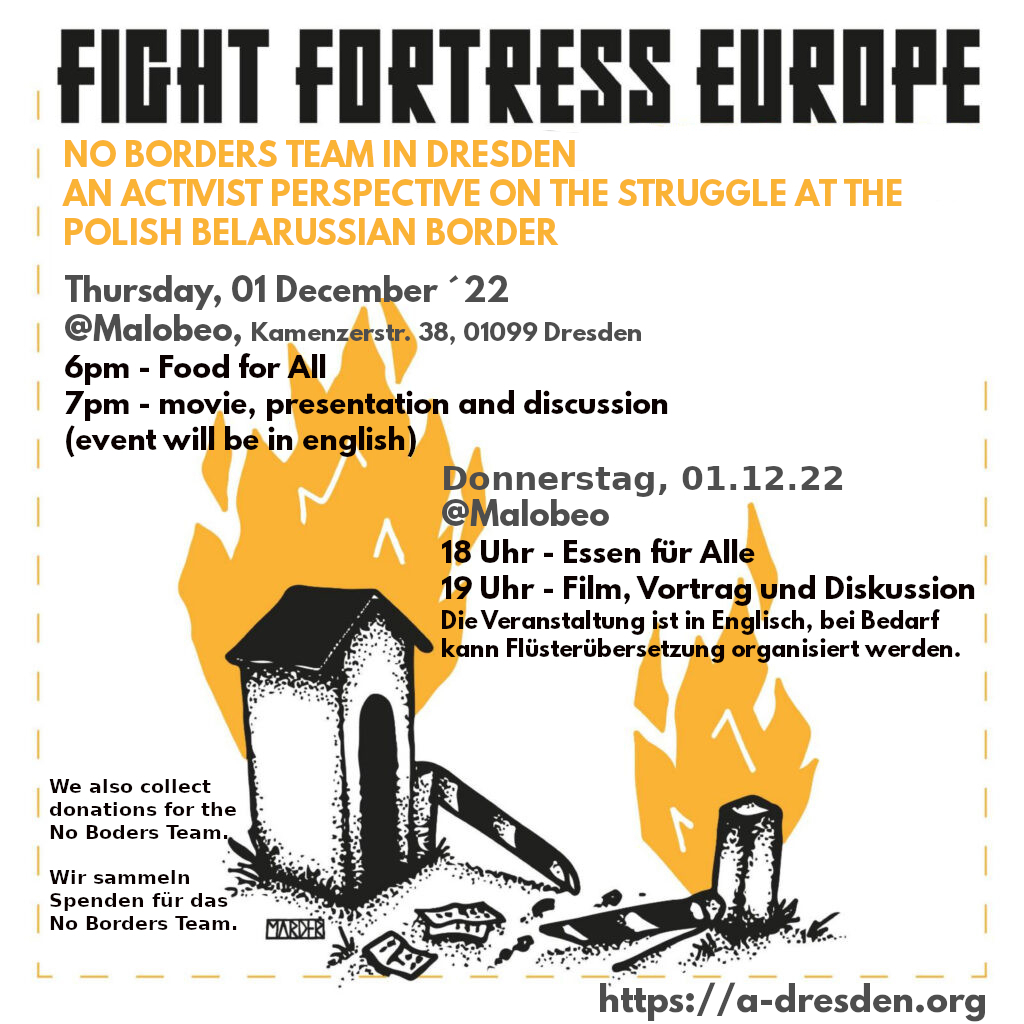 We want to invite you for a meeting with people from the No Borders Team, an anarchist collective from Poland, working on the polish-belarusian border.

We will talk about the situation in Poland in the past year. The north-eastern European migration route experienced a devastating renaissance late summer of 2021. The monster of EU has in turn showed its ugly face yet again too. Politicians feeding the narrative of danger through migration, lining up with right-wing and conservative forces. Europe defends its wealth with all possible means and accepts the death of people without hesitation.

We will try to give picture of the most important things that happened in the last months, polish migrant policy and the conditions of People on the Move on the eastern border of the European Union (EU). And we will show you the work that grassroot groups are doing, from the very beginning in the border forests till today solidarity network that is trying to support people locked in closed detention centers.

The situation in Poland is a result of the EU anti-migrant policy, that People on the Move are facing in every external border of the EU.
That’s why we would like also to think together how we can work better beetween groups in Europe, especially considering number of deportations to Poland rising in the last months.

We also wanna show a documentary movie (30min) about the border. This movie problematize the difference between the polish-belarusian and the polish-ukrainian border.

We also wanna collect donations for the work of the No Borders Team.