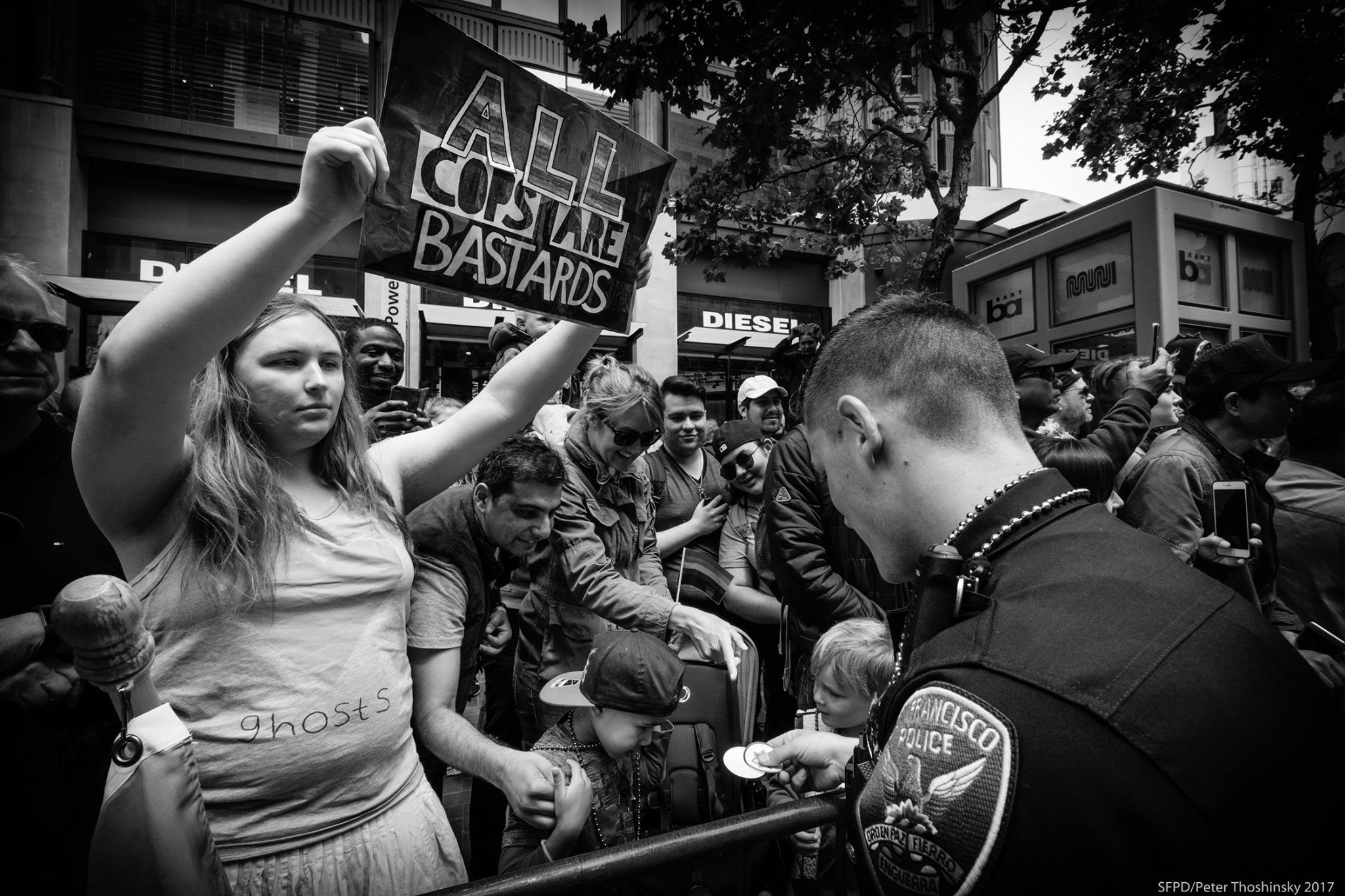 The more we move to future the more we see how German society is getting hooked up on police forces. Police is called resolve conflicts starting from street fight and ending up with somebody scratching a car next to you. Domination of police in sphere of conflict resolution is something that is completely destroying possibilities of people to interact with each other. Instead of creating ways of to solve the conflicts together we more and more appeal to the state to make this resolution. And even worse – we appeal to the state muscle which police is to resolve our issues. It’s like asking an elephant to run a China shop. And you know what? I think between elephant and police i would still pick up the first.

Police training in conflict resolution is limited and mainly offers repressions against those that are behaving not in accordance with so called social norms (which might differ from one community to another). Put aside the fact that actually by calling the police you can become the victim of their power exercise – in case you have problems with someone in power most probably you will have problems on top of that with police even if you call them.

This and many other problems seems to be somehow forgotten every time we end up in complicated situation. But i believe it is too much to expect so called “We don’t call the police” behavior from people not involved in political organizing, when so called left and anarchists are behaving in the same manner. From one side we are all here ACAB and “Fuck the police”, but from the other point when our opponents are repressed by police than we are chearing the repressions. I am honestly disguised with those chearing arrests of some nazis by police for doing hitler greeting. This kind of repressions against nazis are completely diverging the issue from being a nazi into an issue of raising your hands here and there.

And it goes further. I understand the fear of getting beaten up by a nazi mob or even murdered by it, but it is never worth relying on the police to protect you against those mobs. We have to build up structures that are defending our communities from threat nor relying on the state structure. With new elections promising to bring AFD as the strongest power in the parliament the urgency of addressing this problem is increasing. Because tomorrow we might not only see some nazis in police uniform, but we can see those nazis using their power to attack their political opponents.

And if we are going to stick to the notion that all cops are bastards, than we as anarchists and grassroot community organizers have to develop our own structures of protection and conflict resolution!