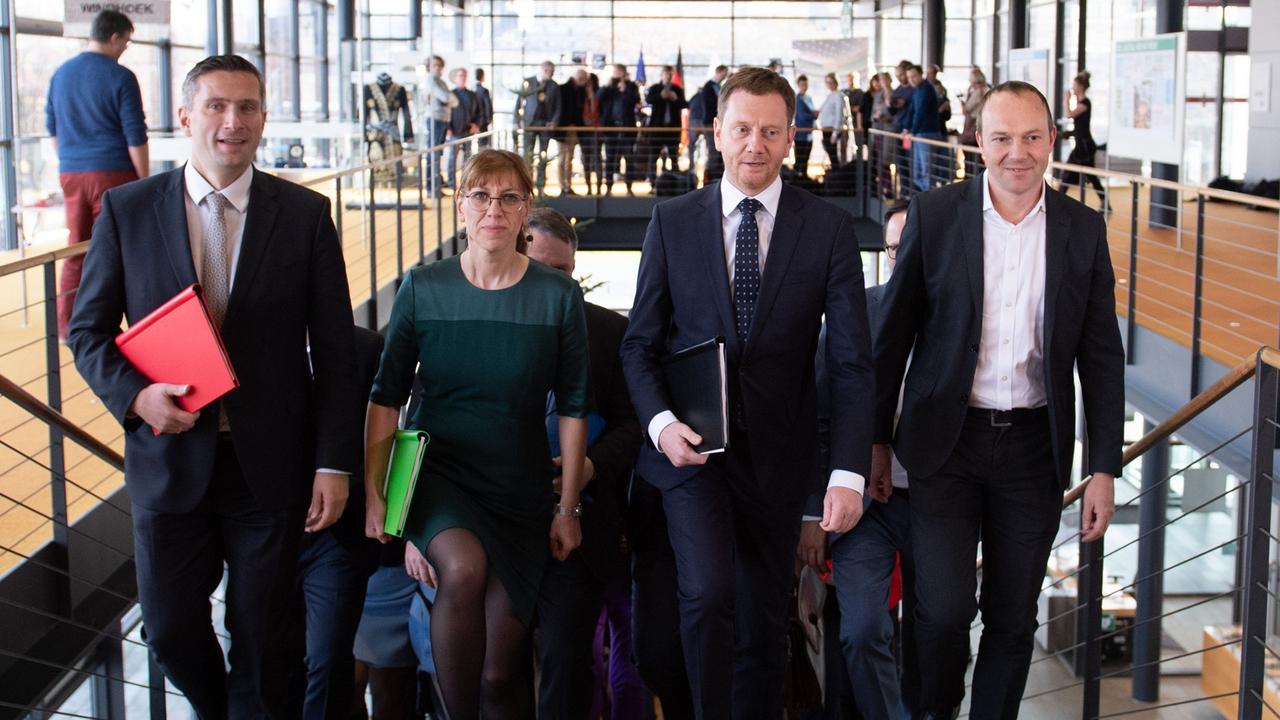 This text was originally written for Circle-A #10

By the time you read this text it’s been 4-5 months since last elections in Saxony. AfD became the second biggest political party in the region and Michael Kretschmer got his seat back in Parliament most probably out of pity. Many were counting that Kretschmer would leave (after all for CDU this was the worst election since collapse of the wall) and CDU would finally admit their affection to AfD.

This didn’t happen and instead the green party joined ruling coalition to form up new government which was finalized at the end of 2019. At least Rolland Wöller could keep on being an asshole for the people of the region in role of Minister of Internal Affairs. The black-red-green government didn’t change status quo, the one that brought AfD in first place to its current size. It’s the same old school carrier politicians that are pushing their agendas in interest of capital and power. It is not that we think the other type of politicians would be good, but it would for sure bring changes in the way things are going. So the new government is another 5 year dream of liberals who still don’t wanna get out of their warm beds of stability into the reality.

However, for the streets things did change. The successful electoral game for the green party, that was always struggling to get over 5% of votes have changed the power dynamic. Before we got into details let’s not get illusion about the strength of the green party in Saxony. It still has little support from the people out here, and their electoral success was more a result of “strategic” voting – concept that was pushed by all parties left from CDU, actually helping CDU not to loose even more sits.

The entrance of Green party in ruling coalition is an important part for those organizing outside of parliamentary politics because with this election the greens are also dragging their liberal supporters to the side of current coalition. In the eyes of the public the current government is not made of CDU and it’s addition called SPD. Now the opposition party joined the government which makes it more legit to the general public.

To give you an example. A big part of those who were supporting protests against new police law from the green party would have to keep the party line and agitate for the law. So the party supporters would go with the party as well. Some of them might leave the party. But the green party itself can not and should not be seen outside of political establishment: the new police law that was pushed on population from the dungeons of Ministries of Internal Affairs was supported in different parts of Germany by all the major political parties including greens. So if you still have some hopes for progressive politics in Saxony – you should abandon them, because green party is not going to change a shit.

Some of us are coming to conclusion that coalition between CDU and AfD might have been at least an honest move from CDU who is already working with nazis and extreme right from the blue party on many occasions. In fact AfD is so attractive to CDU politicians that some of them are switching the party lines. Resistance to that coalition would have been stronger political shake than the 5 more years of a golden era.

On our side we still believe that the changes in policies and changes in society should come from bottom. The current election round showed that even the former enemies can join together in their fear of AfD. For us AfD although full of nazis is not the ultimate enemy. The policies that are breaking backs of the working population all around Europe are not coming from AfD. They are coming from centrist right and we should not forget that. Our struggle doesn’t end with defeat of AfD in parliamentary elections. The only way we can prevent extreme right coming to power in the state is by dismantling the state and capitalism and moving to the decentralized structures.