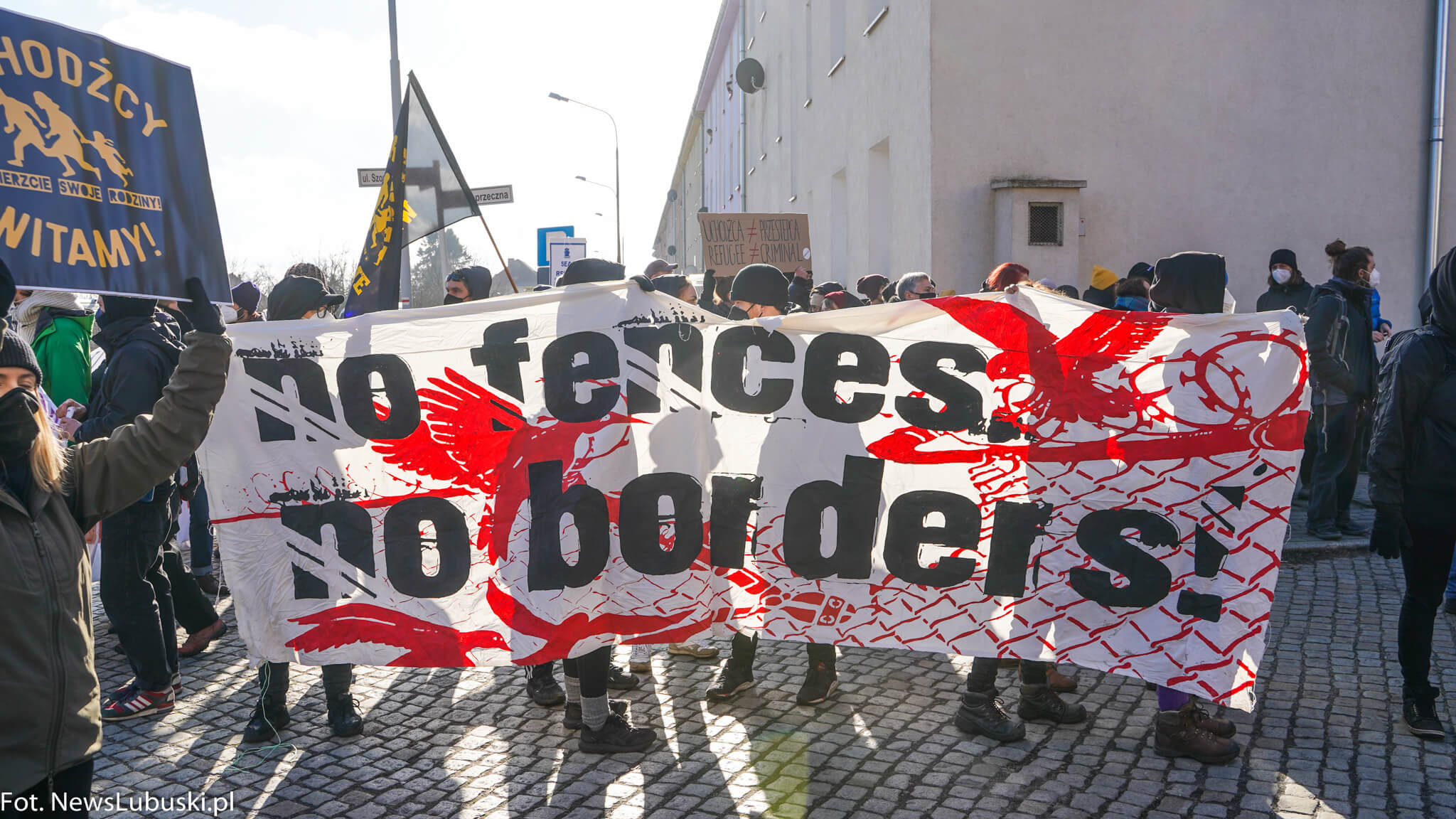 For many years the authoritarian regime of Lukashenko was providing the European Union with border security. The deal was simple – the dictator prevents refugees going through Belarus to the EU and gets money and training for the border guards in return. Despite sanctions from 2011 to 2015 Frontex was actively supporting and developing the Belarusian border regime.

At the end of 2020 the Situation changed. The EU imposed sanctions in response to the brutal repression of the uprising in Belarus against the dictatorship. Lukashenko, in turn, stopped protecting the borders. This created a new route to enter the EU. The conservative governments of Poland, Lithuania and Latvia introduced laws to legalize push backs and started militarizing the borders. Poland created a so-called restricted zone where nobody except residence, police and military is allowed.

The restricted zone creates an area where laws no longer apply, where constant violations of human rights are taking place, where people get pushed back many times. People are hunted by the police, military and border guards. People are injured, suffering from hypothermia and exhaustion, don’t have food or clean water nor medical support. A lot of people including children died in this area, how many exactly is not clear.

Since 25 January 2022 the polish government is building a wall to Belarus. With this the European Union is closing on of the last holes in the Fortress Europe.

With this Interview we wanna give an update on the recent situation at the border and talk with activist how their work looks right now.

And we also wanna use the opportunity to say thanks to all people who supported the fundraising campaign at FireFund in support of the Activist Network fighting the border situation in Poland right now.

Fight Fortress Europe.
No Borders, No Nations!
No one is illegal!