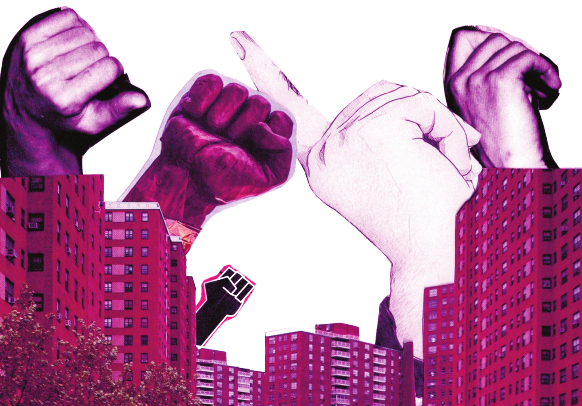 Hello.
The outbreak of the Corona pandemic has ensured that the year 2020 will go down in history. In an attempt to deal with what is happening right now, we decided to make a zine. We would like to share our own perspectives, experiences and our discussions, and contribute anarchist perspectives to the debate. And of course humour, that should not be missing, although it has become quite serious overall.

We want to make a zine that takes Corona seriously, addresses the social conflicts, clearly formulates necessary criticism, takes up the less visible aspects, asks questions and stimulates discussions. Many people should be able to read it but it has not always been easy for us to describe complex issues in a simple manner. However, we have tried to do so by using personal experiences as points of reference.

We are different people organized within the anarchist network. We have different opinions, perspectives, backgrounds and life experiences and according to this, the zine has become diverse and sometimes even contradictory. In terms of the pandemic, we discuss it in a German context, since all of the co-writers currently live here.

We have noticed that the criticism of the Corona measures is largely left to a movement, formed by conservatives, neo-nazis and conspiracy theorists, although important and justified points of criticism need to be raised.

The pandemic came as a surprise. Right at the beginning, there were references to the Spanish flu that gripped the world 100 years ago. We don‘t have to look back that far, however, because one of the last pandemics of global proportions is that of HIV. When it broke out in the early 1980s, people from
queer communities in particular were dying of AIDS. It was not uncommon for whole circles of friends to be laid to rest and for selfgoverning or internal scene places to „die empty“ – leaving behind a traumatized generation and a majority of society that was not aware of such an extent of this matter. HIV, the disease AIDS and the groups affected by it were and are stigmatized. But AIDS is a worldwide spread disease, which is nowadays non-contagious if treated with medication and can be almost completely controlled. The fact that people continue to die from it is due to unequal access to health care and primarily concerns precarious living conditions.

Racism and Anti-Semitism have played a part in the effects of the pandemic, both historically and in the present. Postcolonial structures play a role not only in the question of the distribution of medicines and vaccines, but always in the constructed question of guilt.

In the zine, we consider, among other things, the role of the state in the pandemic, the health care system, parental care, Corona and protest, the question of the emergence of pandemics in terms of the human-animal relation-ship, and conclude with a more philosophical outlook.

We welcome feedback and further discussion.
Feel free to write to us at and[at]notraces.net

We would be glad if you print the zine and distribute it further.
We wish you much courage, confidence and strength. Stay active!

With anarchist greetings
your Anarchist Network Dresden
(AND)
January 2021

Note: original texts in this zine were written in German and were translated to English.